Guided tours in the Province of Pesaro and Urbino 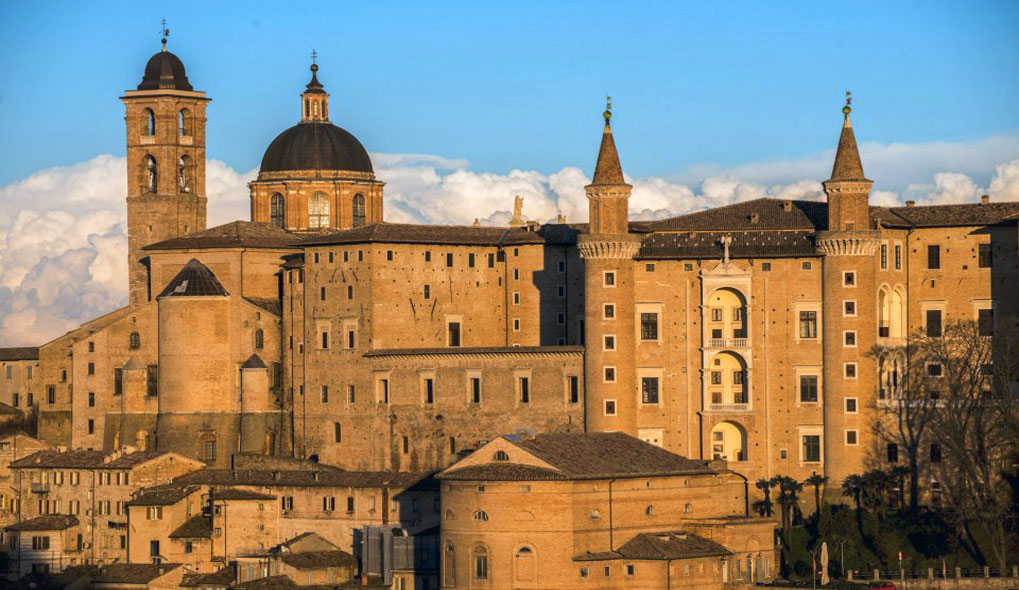 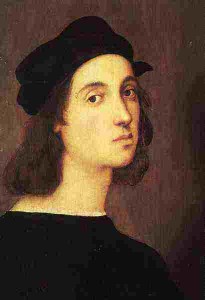 The land of Rossini and Raffaello…

Come to discover the Province of Pesaro and Urbino, the land in the North of the Marches in the centre of Italy; the land of Rossini, the famous musician, and Raffaello the foremost painter of the Italian Renaissance. Visit castles and villages full of art, story and legend, you can relive the history of the Malatestas and Montefeltros, the famous warlords and patrons.

Excursions in the Province of Pesaro and Urbino 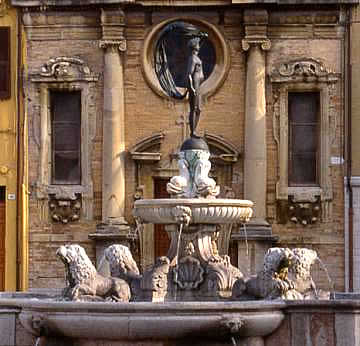 On the Adriatic coast lies this ancient town washed by clear blue waters, its sand and pebble beaches stretching for kilometres and offering lots of attractions for tourists.

Near the picturesque fishing port is the new yachting and leisure centre, the Marina Dei Cesari. Fano, city of Fortune, so -named after its famous temple (Fanum Fortunae), is also the city of Augustus Caesar, as can be seen from the monumental arch built in his honor (Arch of Augustus), and the city walls built to protect the “colony” founded by this first Roman emperor after he had commissioned the famous architect, Vitruvio, with the task of embellishing its Forum with an imposing Basilica.

As the centuries passed Fano became a medieval city with a Romanesque cathedral and an imposing Palazzo of Podestà. Later, the Malatesta family erected the Castle, majestic arches funerary to commemorate their dead and the charming open square known as the Corte Malatestiana, where concerts and shows are held in summer.

The main Square, with its Fountain of Fortune, is the setting of the neo-classical theatre of the same name which has a splendid interior by Luigi Poletti.

Gradara stands on a panoramic promontory where you can enjoy a wonderful view of the Romagna coast and the Montefeltro Montains.

The fortress, its walls and the old village form an urban and architectural complex that is a delight to see. The village has been voted one of the most beautiful in Italy. It is a fairy tale place, between history and legend, thanks to the tragic love story of Paolo and Francesca, which figures in the works of Dante, Petrarch, Boccaccio and D’Annunzio.

The oldest building in the town dates back to 1150 and was a mediaeval tower, the Mastio. In the fallowing years, the Malatesta family had it transformed into a fortress and also added walls with turreted towers and three drawbridges which made the entire stronghold practically impregnable. During the Sforza period, different rooms were decorated with splendid frescoes among which, the apartments of Lucrezia Borgia, who spent some months of her three year marriage to Giovanni Sforza, there.

It was under the Sforzas that an altar – piece by Andrea della Robbia was commissioned for the castle, which can be admired in the little family chapel. Another notable work is the altar-piece by Giovanni Santi, father of the famous Raffaello, which was moved to the castle from a local church.

San Leo, is a spectacular cliff top town and fortress which dominates the Marecchia Valley. Due to its naturally impregnable position on inaccessible high ground, it was an important strategic stronghold in the Montefeltro area, and through the ages it was dominated and contended for by many, including the Medici and Della Rovere families.

The history and legend which surround this important village were further enriched by many famous visitors to the town among whom St. Francis of Assisi, and Dante who mentioned San Leo in his Divine Comedy. The imposing fortress of San Leo was designed by the multi-talented Renaissance architect, Francesco Di Giorgio Martini, and is an outstanding example of military and defensive architecture in Italy.

It was here, in the fortress of San Leo that the enigmatic adventurer the Count of Cagliostro was imprisoned for heresy until his death by the Inquisition. 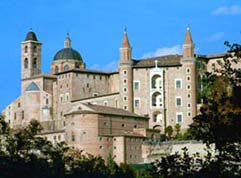 Urbino, is a Unesco World Haritage Site and the capital city of the Renaissance. Its history is tied to the Montefeltro family that came into the possession of the territory in around 1200.

The most famous member of the Montefeltro was Federico, lord of Urbino from 1444 to 1482, a very successful military leader, a skillful diplomat an enthusiastic patron of arts. He commissioned a magnificient Palace, a wonder of early Renaissance architecture, today symbol of the city in the world. The best artists of Renaissance arrived at his court: Piero della Francesca, Laurana, Francesco di Giorgio Martini, Giusto di Gand, Pedro Berruguete and Humanists such as Baldassare Castiglione.

Walking up the characteristic streets called “piole” you can enjoy breathtaking views of the city, and you can find old buildings, churches full of masterpieces such as the Oratori and Raffaello’s house, where the artist was born in 1483 and where his father had his studio.

There’s so much to see and do in Pesaro: from the ancient Roman remains dating from when it was called Pisaurum, to the Museum of Ceramics and Art Gallery; from the fascinating mosaics in the Cathedral to the Gothic church facades; from Villa Ruggeri in the Liberty style to the Sforza Fortress and the Ducal Palace. Pesaro boasts parks, beaches, art, history and music.

The attractive rolling green hills in the surrounding area are an ideal destination for excursions: between the San Bartolo National Park to the Ardizio Hills you can discover the magnificent landscape that looks onto the Adriatic Sea. The beaches offer kilometres of soft golden sand and small inviting bays.

Pesaro is the birthplace of Gioachino Rossini, the world renowned musician. His memory is still alive in numerous places of the town: the house where he was born, the Theatre which bears his name, the Rossini Conservatory, and the Rossini Opera Festival which stages his masterpieces every year bringing internationally famous singers and musicians to the city.